In times of geopolitical turmoil and sustained market volatility, one would expect stocks to take the brunt of the impact. Surprisingly, U.S. core bonds, a traditional safe haven in uncertain times, underperformed the U.S. stock market by 6.49% in the month of March. Stubbornly high inflation, the start of the Federal Reserve’s interest rate hikes, and the war in Ukraine all contributed to these unexpected market moves.

Inflation reached 7.9% in March—the highest reading in four decades. Sharp price increases across the economy are twofold as strong demand is colliding with ongoing supply issues. Energy and other commodity prices have been especially volatile. The war in Ukraine has pushed oil prices up significantly, causing U.S. retail gas prices to reach a record high in early March. This led President Biden to order an unprecedented release of 180 million barrels of oil from reserves in an effort to combat skyrocketing prices. The efforts coming out of the White House are in sync with the Federal Reserve’s broader attempt to get inflation in check. 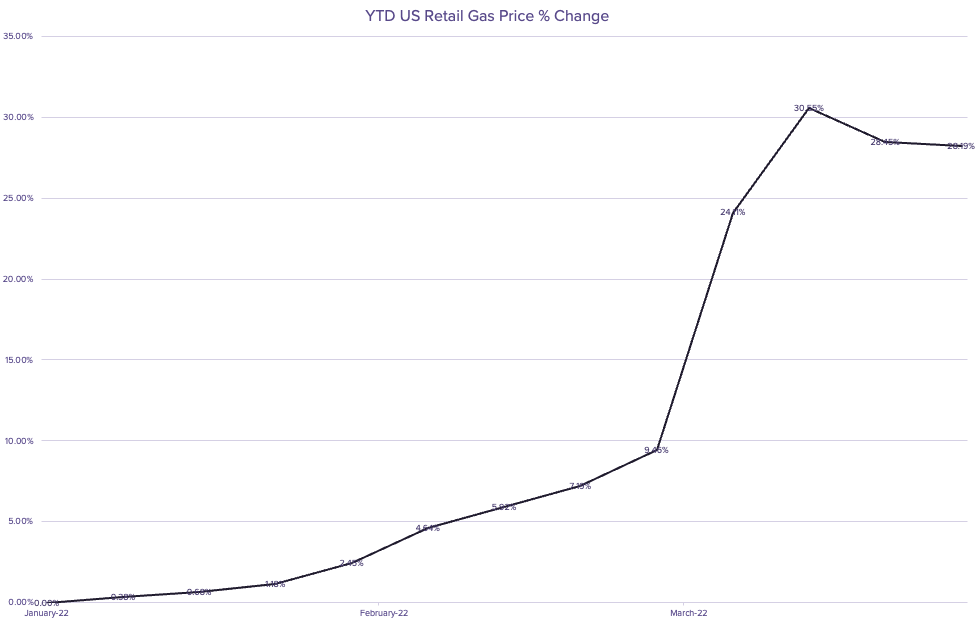 The Fed officially began raising short-term interest rates during the month of March by announcing a .25% increase in the benchmark Fed funds rate. This announcement was not unexpected; however, the aggressive pace of future rate hikes—paired with their lower economic growth expectation—and calls for continued inflation pressure did come as a surprise. The expectation is for six more rate hikes by year-end, along with another three in 2023.

This announcement led to some extreme movements in the yield curve. One well-known pattern that has taken place is a yield curve inversion; this is when the rate of a shorter-term bond—in this case the yield on a 2-year treasury bond—is higher than that of a longer-term bond, such as the 10-year bond. 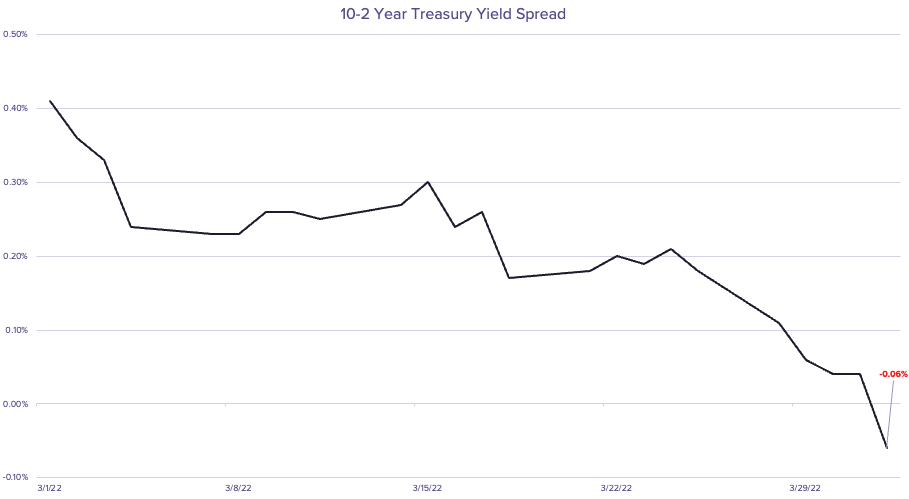 When this pattern persists, it suggests there is reason to worry about the long-term economic outlook. Historically, a recession has not happened without an inversion, leading investors to deem it a predictor of such a future. The issue with this warning is that there is no indication as to timing and a recession may still be years away.

In contrast to the selling in the bond market, the U.S. stock market seemed less concerned about the headwinds and finished up 3.71% on the month, with mega-cap growth stocks leading the way. Not to pick on the stock market, but the bond market is often touted as the more intelligent of the two so we will continue to monitor all market movements heading into the second quarter of 2022.