The end of June brought scorching temperatures and a close to a hot first half of the year for equity markets and the economy.

The blazing economic recovery showed no signs of cooling off in June as consumer confidence and spending jumped and unemployment continued to decline. We are also seeing a surge in summer travel and leisure after many restrictions were lifted, as nearly 60% of US adults who are now vaccinated blow off some steam built up over the past 15 months.

These rapid rises in demand for goods and services can lead to what economists refer to as inflation, where the imbalance of supply and demand leads to price increases. Despite its many other implications, inflation expectations are a key driver of the Federal Reserve’s decision as to when and how much to adjust its ultra-accommodative policies which have been the fuel behind the fire. All eyes have been and will continue to be on inflation and the Fed for any signs of change.

The yield curve modestly flattened as the short end of the curve jumped and the 10-year dropped to 1.47%. 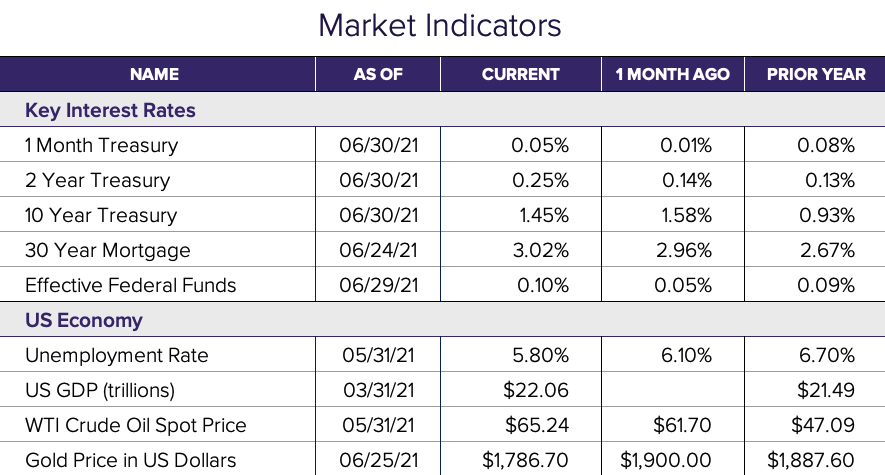