The Bears Before Us

In the past three weeks, the coronavirus and the COVID-19 disease that it causes have deepened their impact on the global population. The rapidly changing situation has also had a drastic effect on the markets, pulling the global stock market into a bear market (> 20% decline). The speed of the bear market is especially concerning to investors, as the S&P 500 hit an all-time high on February 19—and in only 22 days, lost 26% of its value. The speed severity drove the volatility index to levels not seen since the depths of the financial crisis in 2008 and 2009.

Last week, John Gullo, our Chief Investment Officer, offered some timely perspective on the pandemic’s impact on the markets and the positioning of our portfolios in regard to it. Today, I want to focus on the times we’ve seen rapid movements like this in the past, so we can all hear the echoes of history in last week’s movements. 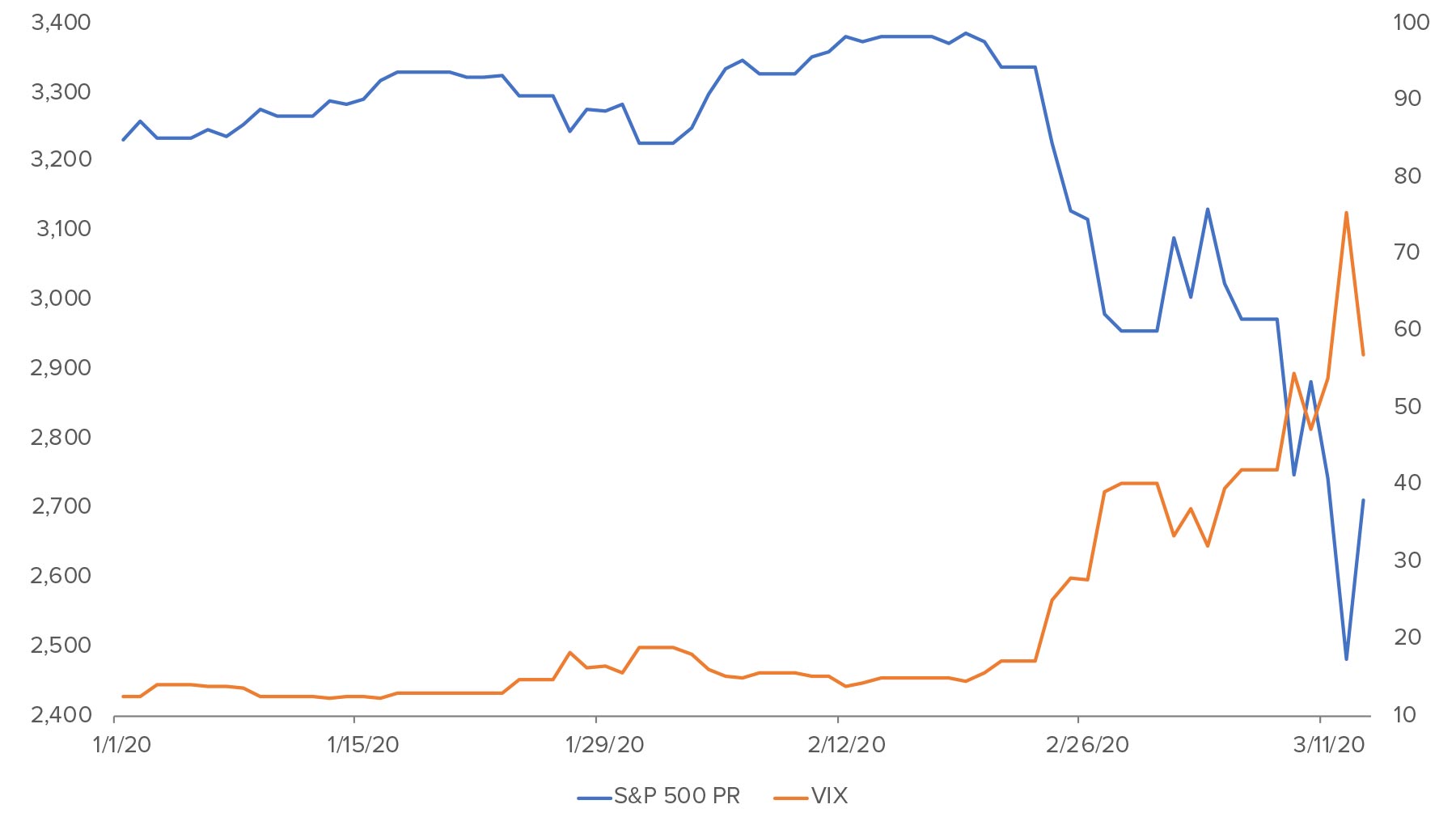 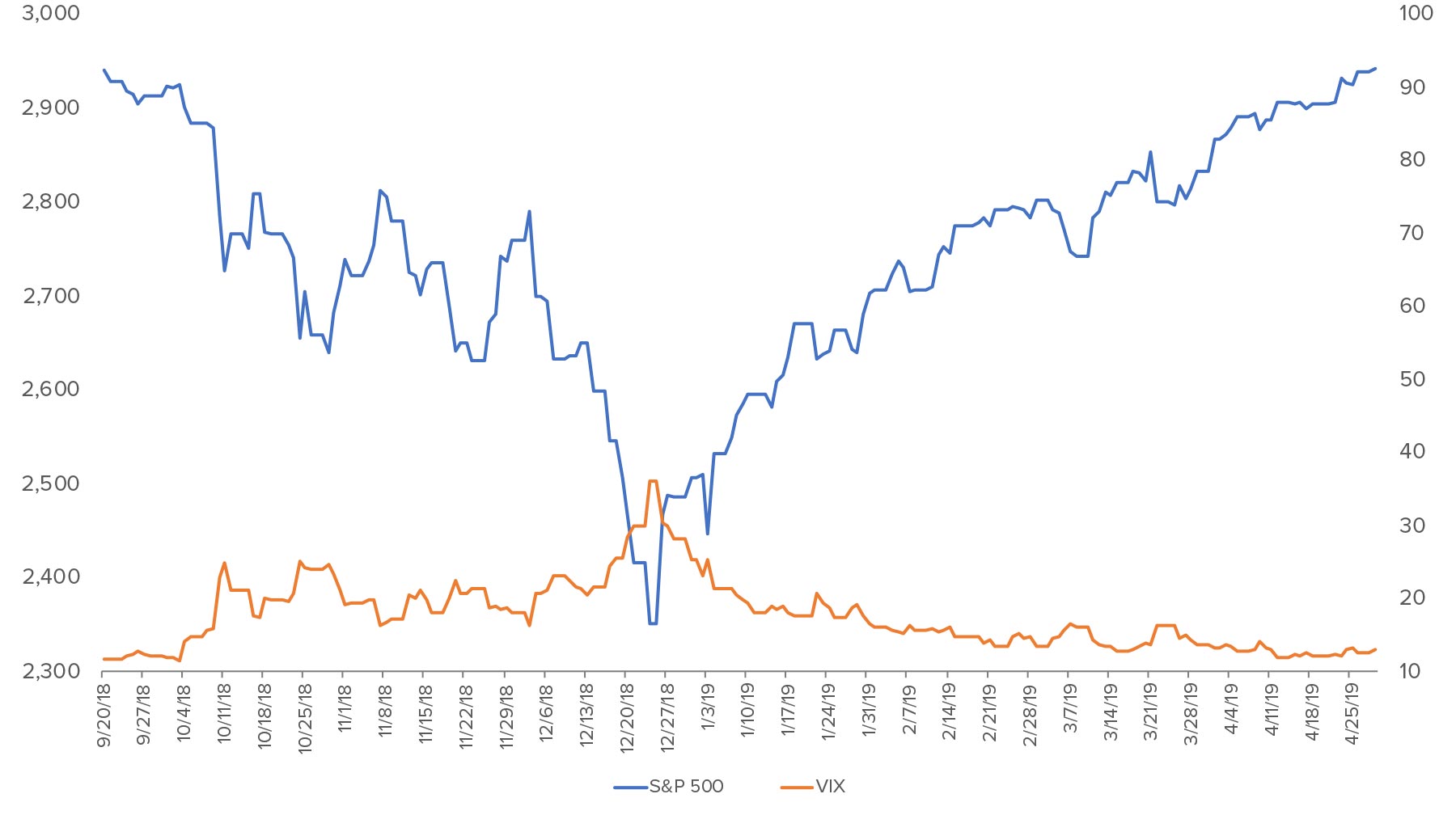 The last bear was much less dramatic than what we’re experiencing now. Beginning on September 20, 2018, the S&P 500 headed lower across 96 days, until hitting an intraday bear market on Christmas Eve. It took 126 days to cross that September peak, which occurred on April 29, 2019. There was a confluence of factors leading to this bear market and speedy recovery, but an undeniable influence was the now-infamous “Powell Pivot” as the Federal Reserve raised the benchmark rate on December 19, and quickly announced it would be patient about further increases and balance sheet plans.

It may be difficult to remember but, back in 2011, there was gridlock in Washington when we needed to raise the gross national debt ceiling from $14.3 trillion to $14.7 trillion (current national debt is $23.4 trillion). The debate and veiled threat to default on some outstanding debt pushed Standard & Poor’s to downgrade the credit rating of the US. The uncertainty pushed the stock market down more than 16%—not a true bear market, but the speed of the drop may seem familiar as it occurred in just 16 days. Although most of the damage was quick, volatility persisted for some time, pushing the recovery to six months. 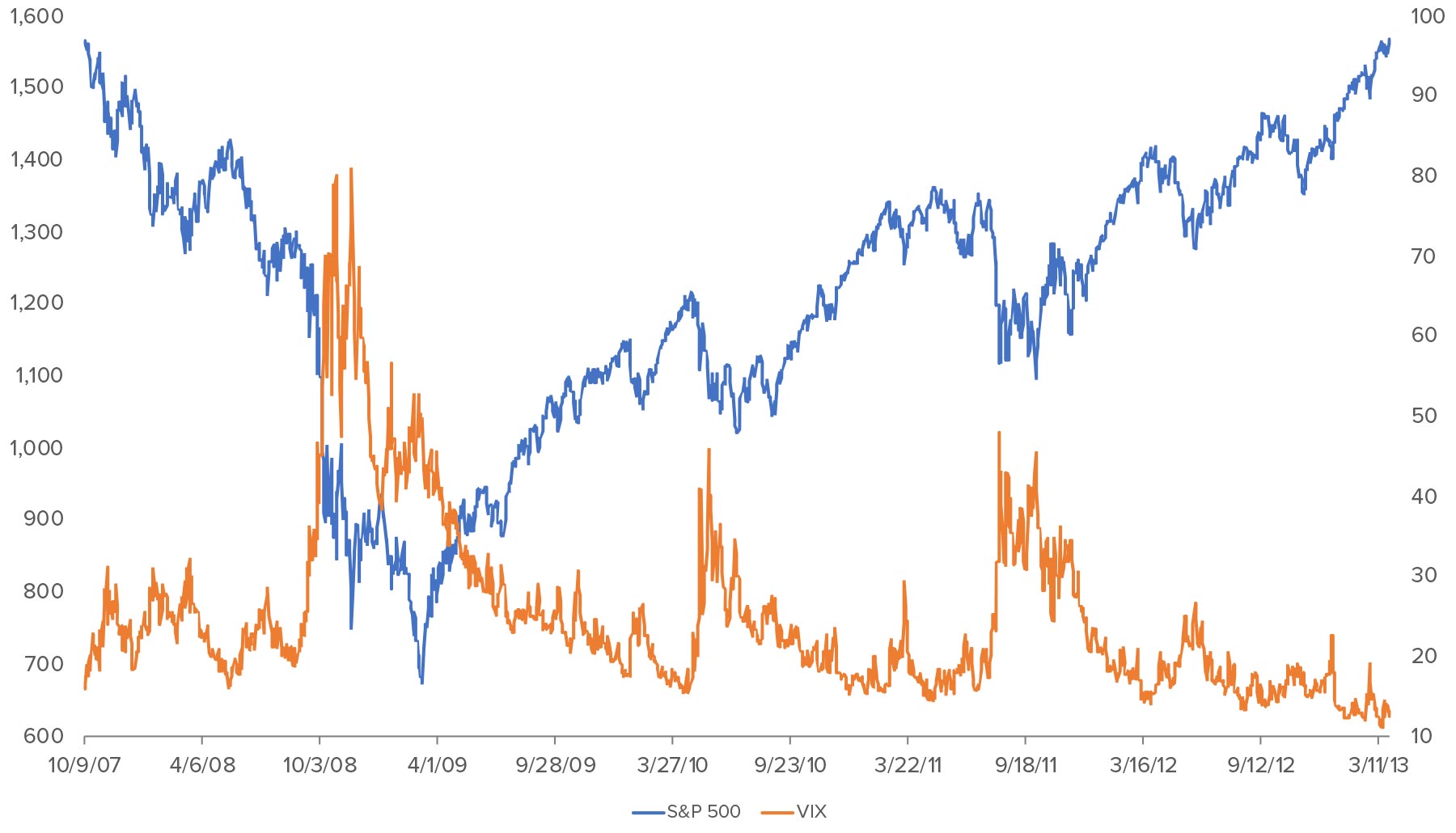 I’m sure we all remember the financial crisis. Each steep drop or bear market since then has reopened wounds for investors, and this time is no different. The peak of the market was on October 9, 2007, and then a slow steady decline brought us into a bear market nine months later in July 2008. In October 2008, the worst of it began, pulling the market down 56% at its ultimate low on March 9, 2009. It took more than four years for the S&P 500 to return its previous high.

What can we do it about it?

When we look back on the previous bear markets, it’s important to note the recoveries. Some were very fast (as in 2018) and some were much slower (2008-2009), but a common thread is that the market has always come back and bust through those previous highs. The hallmark of this year’s decline has been its speed. We had a greater-than-10% drop on Thursday followed by a near 10% recovery on Friday. As John noted in his article, no one knows the damage that’s being done to the economy by the coronavirus, and we’re still a ways away from knowing the true impact. We’re also likely not done with volatility. We anticipate heightened levels to remain for some time as the fallout becomes quantified when corporate earnings season begins in April, and testing ramps up here in the US.

It’s in our nature to react and pull levers—to try and protect our assets. We can certainly see that in the sell-off the markets have been experiencing. While we don’t advocate selling off risky assets in times of panic, we do want to be mindful of some actions we can take to better position the portfolio and take advantage of the opportunities being presented. Investors should be mindful of where their spending will come from, and make sure they have emergency funds to sustain their lifestyle for a few months. If prices continue to deteriorate, it may be time to harvest some losses while maintaining full exposure to the markets via a correlated tax swap. Lastly, for those fortunate enough to have free cash flow, we know the markets are more than 20% cheaper than they were just four short weeks ago, so you may consider deploying some cash into these depressed assets.

As always, whether you’re feeling uneasy or want to take some action, we’re here for you. Please contact your adviser, or anyone on the Sanderson team. We’re here to help.

This publication contains general information that is not suitable for everyone. All material presented is compiled from sources believed to be reliable. Accuracy, however, cannot be guaranteed. Further, the information contained herein should not be construed as personalized investment advice. There is no guarantee that the views and opinions expressed in this publication will come to pass. Past performance may not be indicative of future results. All investments contain risk and may lose value. © March 2020 Justin Sanderson.