The summer stock market rally continued into the first half of August but came to an abrupt end only to finish the month in the red. Investors' appetite for risk was high on hopes of a peak in inflation and a potential Fed pivot on rate hikes. The dramatic reversal in sentiment and market performance occurred as investors digested Fed Chair Jerome Powell’s speech during the annual Jackson Hole Economic Symposium.

During his speech, Powell reiterated the Fed’s commitment to beating inflation and continued plan to raise rates even in a recessionary environment, acknowledging that it would inflict “some pain,” which would be one of the “unfortunate costs of reducing inflation.”

The summer rally peaked a full 2 months from the mid-June lows. The S&P was +4.7% on August 16th before finishing the month down -4.2%. Growth stocks and Foreign Developed stocks led the way down -4.4% and -4.7%, respectively. Emerging Market stocks held up significantly better, finishing up +.46%. Despite the negative month, stocks are still trading above the mid-June levels.

Given the Fed’s hawkish stance on continued rate hikes, expectations are now for an additional .75% increase in the Fed funds rate for the September 21st meeting. Heading into a historically weak month for stocks, it will be important to see the market stay above those mid-June lows. 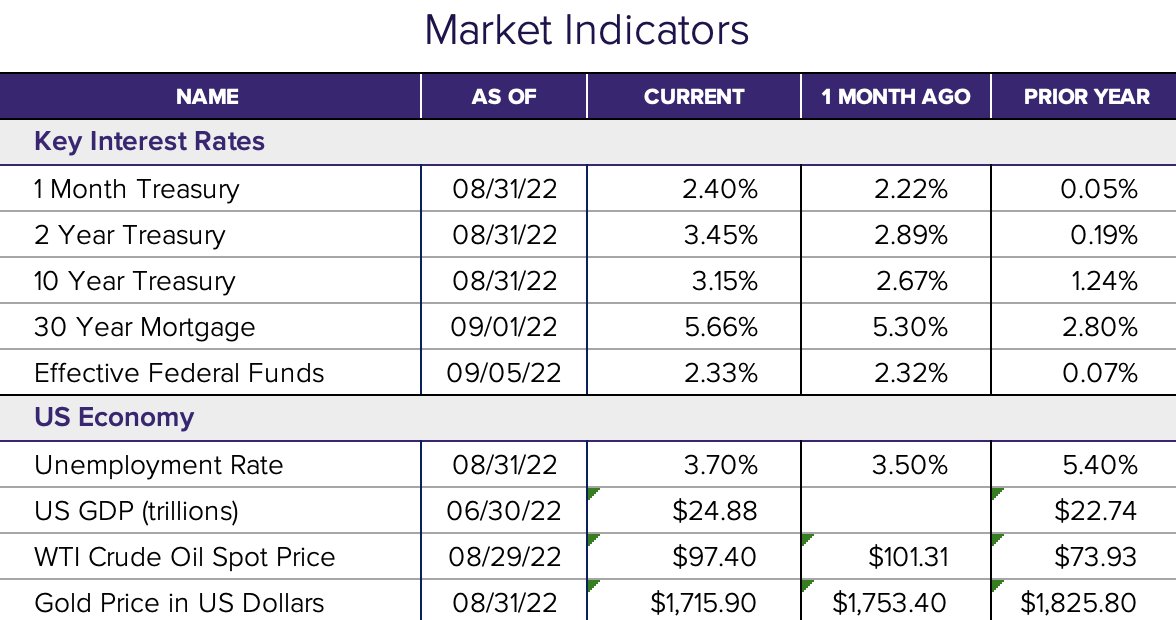